The history of 13th (Western) Division

The Division came into existence as a result of Army Order No. 324, issued on 21 August 1914, which authorised the formation of the six new Divisions of K1. It was formed of volunteers, under the administration of Western Command. The infantry brigades began to assemble on Salisbury Plain. 40th Brigade moved to Chiseldon and Cirencester in September 1914; 39th went to Basingstoke in January 1915. Towards the end of February the entire Division concentrated at Blackdown in Hampshire.

On 7 June 1915, orders were received to prepare to move to the Mediterranean. All mechanical transport was withdrawn and the first reinforcement drafts were ordered not to sail (other than those for the artillery, end RE Companies).

13 June 1915 : first transports left port, and sailed to Alexandria. By 4 July, all units had moved to Mudros, preparatory for landing at Gallipoli. Between 6-16 July 1915 the Divisional infantry landed on Cape Helles and relieved 29th Division. They left and returned to Mudros at the end of the month, and the entire Division landed at ANZAC Cove between 3-5 August 1915.

The Division took part in the following actions on Gallipoli:

Soon afterwards the Division was transferred from ANZAC to Suvla Bay. It was evacuated from Suvla 19-20 December 1915, whereupon the infantry moved after a weeks rest to the Helles bridgehead.

On 8-9 January 1916, the Division was evacuated from Helles and by 31 January was concentrated at Port Said. The Division held forward posts in the Suez Canal defences.

12 February 1916 : began to move to Mesopotamia, to strengthen the force being assembled for the relief of the besieged garrison at Kut al Amara. By 27 March, the Division had assembled near Sheikh Sa’ad and came under orders of the Tigris Corps. It then took part in the attempts to relieve Kut. After these efforts failed and Kut fell, the British force in the theatre was built up and reorganised. The Division took part in the following, more successful, operations:

At 10.30am on 11 March 1917, D Squadron, 1/1st Hertfordshire Yeomanry and the 6th (Service) Bn, the King’s Own were the first British troops to enter Baghdad, which fell on this day.

During the rest of March and April 1917, operations were undertaken to consolidate the position won at Baghdad, by pushing north across Iraq. As part of “Marshall’s Column”, the Division fought at Delli ‘Abbas (27-28 March), Duqma (29 March), Nahr Kalis (9-15 April), crossed the ‘Adhaim (18 April) and at Shatt al ‘Adhaim (30 April).

By 28 May 1918, Divisional HQ had moved to Dawalib and it remained here until the end of the war. In this inhospitable place, men endured summer temperatures as high as 111 degrees F in the shade. Many working parties were supplied for work on maintaining roads.

On 1 July 1918, Division received orders to detach 39th Brigade for the North Persia Force. It left the Division between 10 July and 19 August 1918. Brigade HQ arrived in Baku at Dunsterforce HQ on 24 August 1918.

In October and early November 1918, parts of 40th Brigade and the Divisional artillery took part in operations as part of “Lewin’s Column”, pushing north towards Turkey, with advance units reaching as far as Altun Kopri when Turkey signed an Armistice on 31 October 1918.

By 31 December 1918, all areas north of Kirkuk had been evacuated. On 11 January 1919, the Division – by now only some 12,000 strong – began to move south to Amara, and disbandment of the Division proceeded there during February 1919.

13th (Western) Division, the only wholly British Division to have served in Mesopotamia, ceased to exist on 17 March 1919. During the war it had suffered 12,656 killed, wounded and missing, and 57,667 went sick (most of whom returned to duty, and this figure will include men who reported on more than one occasion).

The order of battle of the 13th (Western) Division

There appears to be no published history of this Division.

There appears to be no memorial to this Division. 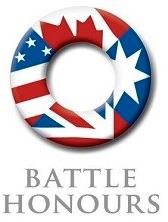 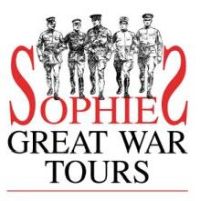